all the days melt into each other.

2022.03.01 parts of this site aged very poorly, but i will keep adding to them every time i want to pretend i am still in the past.

i am one step away from burning everything down.

2022.01.28 i warned you for months and months. i begged and pleaded as hard as i could to get you to do something. and now i have to spend god knows how long in agony, not knowing if you're even going to stay alive or not. i miss you so much. i knew this was going to happen, but you kept pushing me away. if your body gives in, i'm letting mine go alongside it.

it's been 40 minutes since you called now, and my brain is struggling to process it or believe it even happened at all. i can only hope with every muscle in my heart that you pull through.

2021.12.30 i had so much love in my heart. they all rejected it and stomped it out. i can feel it boiling over now, mutating into hate. a grotesque transformation, but one that i welcome.

2021.12.12 always in limbo waiting for you to let me feel alive. where am i anyway? who am i? i spend every second craving and coveting you. why did i let this happen to myself? if this energy we built dissipates, i fade away alongside it.

2021.12.02 returned. my sleeping patterns have improved - possibly temporarily, but i have hope. i enjoyed seeing, feeling and breathing in that extensive and busy society. my paranoia spiked while i was out there; i walked fast and jerked my body around in fear every time a man appeared behind me alone. unfortunately, it feels like a necessity now. considering how rife those terrible incidents are in that city, perhaps my actions weren't unfounded. regardless, i'm feeling human again, although my growth has been paralysed by exhaustion.

and dear god, did you hear the news in MI? the boy looked just like one i knew years ago in high school. i have chills just thinking about it; he would've done the same if he was over the pond, where bullets and barrels are woven into the home with golden thread. an acute sense of anger festers within me tonight.

2021.11.29 my spontaneous 3-day voyage into the big city begins tomorrow. let's see if anything changes.

2021.11.28 my worries and frustrations have gotten too fucking loud. they've spilled over into my body; i can hardly sleep anymore, laying still with no distractions causes intense waves of discomfort in my legs. i also think i've developed a dependency on sugar, since every few days i compulsively consume a very unhealthy amount in the space of half an hour. somehow it doesn't make me gain weight, but i feel sick constantly (diabetes speedrun any%). this bars me from sleep, too. today, despite it all, i will wake up. if i do not, i'm just flat out going to punch myself repeatedly, because i would have fully reached my limit with tolerance for my own bullshit. anger alone doesn't cut it.

...perhaps i'm putting too much value in the daytime. it doesn't really change anything, as long as i pop a vitamin pill (i hope?). i prefer dreaming right now anyway, since i barely have a life in the real world.

nevertheless, for the sake of regaining some control: wake up, dipshit.

2021.11.27 typically, i didn't do what i said i would yesterday, because i didn't wake up. this pattern has been ongoing for weeks. it's starting to drive me mad. i'm never going to escape this cage.

2021.11.26 last night i dreamt i was at the aftermath of a famous crime scene, alone next to one of the criminals during his last moments. presumably, i took on the role of the other. we were in a silent and empty library. it was dark outside, and he laid on his back comfortably and peacefully on a worn sofa. i was squatted on the floor, facing him. he opened up to me about how he felt about everything we did, told me he was proud of me and loved me, held the gun to his temple, and faded.

i have no respect for those who inflict physical harm on the innocent. but i've always wanted to be close to someone like him, albeit someone who just never reached such a violent conclusion as he did. maybe someone who had contemplated violence here and there, because i feel like sharing that in common would be the key ingredient to create the deepest and strongest bond possible between me and another human.

i can't stress how often my brain has been greeted by a scatter of violent thoughts over the years. they extend to my family, my peers, teachers, counsellors, those who have discarded me and treated me poorly... no one is free from the deranged little midget of a murderer that's locked away somewhere in my frontal lobe. i would never act on these thoughts, due to my remaining morality and physical weakness. when i was in my first year in the big school and young enough to get away with it, i tried to pick a few fights, but my attempts were futile and i looked rather pathetic. i do miss how simple everything was back then. i was totally alone, but i was unbothered. now i am totally alone, but my mind is taunting me for it. i wish i could be happy about this loneliness like i used to be.

i'll force myself to sleep very little tonight and wake up early, so i can try and retrieve some kind of a life. any semblance of structure i once had has collapsed due to my newfound NEETdom. i'll go out and walk around in circles, like my 11-year-old self used to during break-times to avoid socialising with people. i'll get something to eat, maybe have a conversation with a stranger or two. i have spent three weeks inside this eerie, dimly lit and corridor-like bedroom of mine, and it's like i haven't even been alive to the world outside of it. you'd think i would enjoy that, but i don't. i like being a shadow in the background, but i don't like being nonexistent. i have gripes with being alive, but while i'm here, i might as well indicate it somehow to the public. i suppose this website serves as part of that mission. 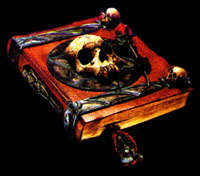